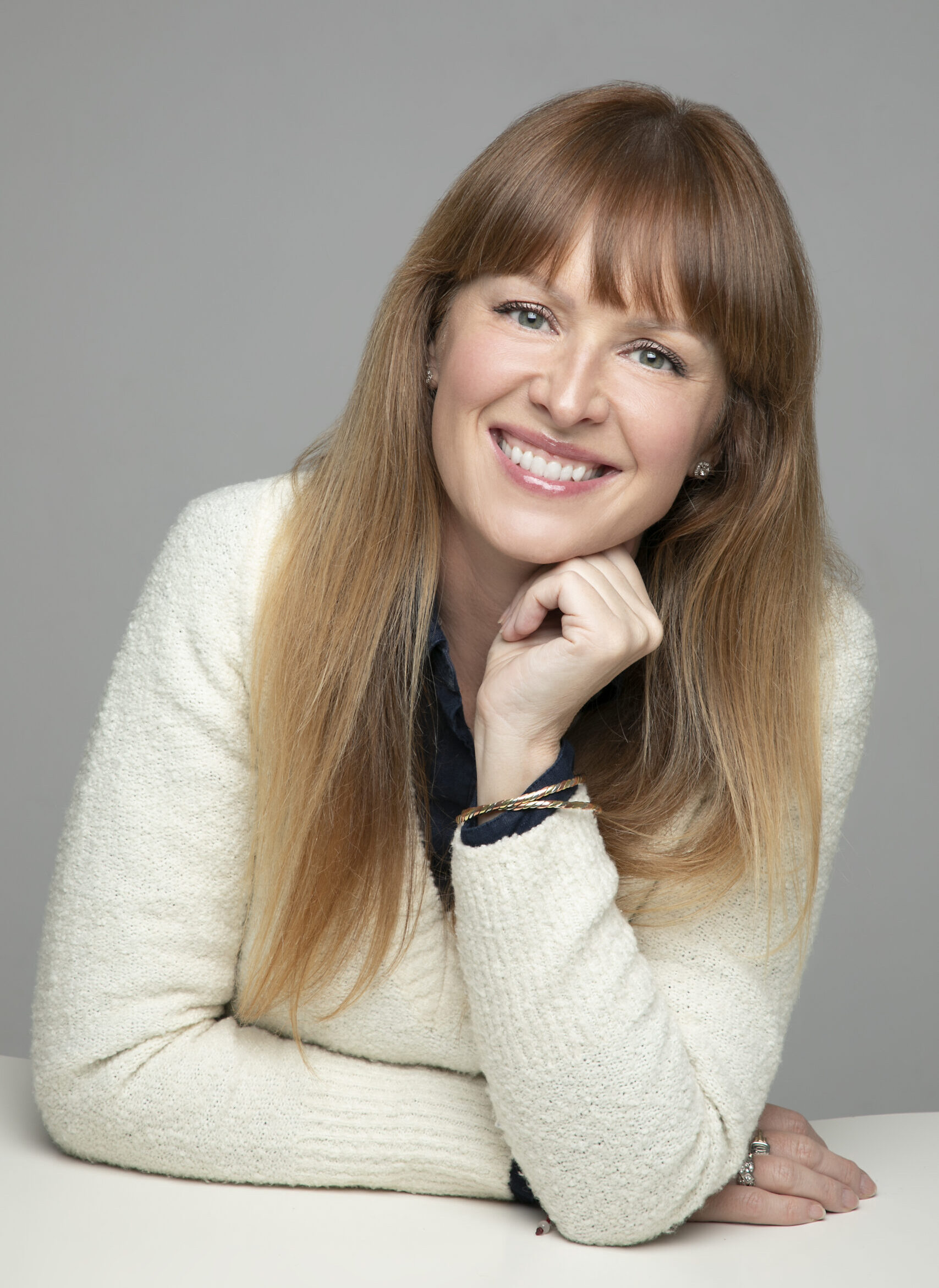 Colleen Kerr is Vice President of External Affairs and Chief Legislative Officer for the Washington State University system, reporting directly to President Schulz and working in close collaboration with the chancellors at the Vancouver, Spokane, Tri-Cities, Everett, and Global Campuses as well as with WSU Extension.

The responsibility of the office is to meet the goals of WSU’s strategic plan in the area of public policy, working closely with WSU’s stakeholders and partners. To achieve that end, Colleen and her team work with both organizational and individual constituents as well as policy-makers at the regional, state, and federal levels. The results have been to closely align the university’s government initiatives with increasing the social and economic vitality of the state and wider world.

Colleen serves as an institutional leader in defining external strategic priorities and conducting outreach with multiple stakeholders from the public and private sectors. This has included her leadership role in legislation that launched the WSU Everett campus that has increased affordable access to four-year degrees for residents of Snohomish, Skagit, and Island counties. In addition, she played a leadership role in securing federal funding for the Center of Excellence designation of ASCENT and the launch of the Elson S. Floyd College of Medicine, the second publicly funded medical school in the state, dedicated to providing physician training for Washingtonians and healthcare access for underserved communities across the region.

Colleen brings a wealth of experience to WSU and her role in advancing the public policy benefits of WSU’s extensive research and educational programs. Following a human rights fellowship with Queen’s University in Belfast, Ireland, she worked on the Bloody Sunday Inquiry for Madden and Finucane Solicitors, one of the premier legal firms in the European Union located in Belfast. After returning to the U.S., she was an attorney with Preston Gates and Ellis, LLP in Seattle and later a special assistant on government accountability for the state’s Office of Economic Development in the Washington State Department of Commerce. She served as legislative director for State Senate Majority Leader Lisa Brown and deputy chief of staff for the Senate Democratic Caucus in Washington State. Previous work for the legislature included being tribal counsel for the Washington State House of Representatives.

Born and raised in eastern Washington, Colleen has been a restaurant owner in Seattle. She currently serves on the executive committee of the Seattle Chamber of Commerce, the Executive Committee of the Association of Public and Land-Grant Universities’ Commission on Community and Economic Development (CECE), on the board of the Washington Technology Industry Association (WTIA), and as a representative for President Schulz on the board of the Tech Alliance.

Michele McCarver is assistant to the Vice President for External Affairs and Government Relations, and functions as a staff coordinator for the Department of Government Relations. Based in Pullman, Michele represents government relations on WSU’s main campus and coordinates  meetings and events for the department across Washington state and in Washington, D.C. Michele first joined the government relations team as the assistant to the Director of Federal Relations in December 2005. Prior to that, Michele worked in the WSU Office of Research and the Graduate School. 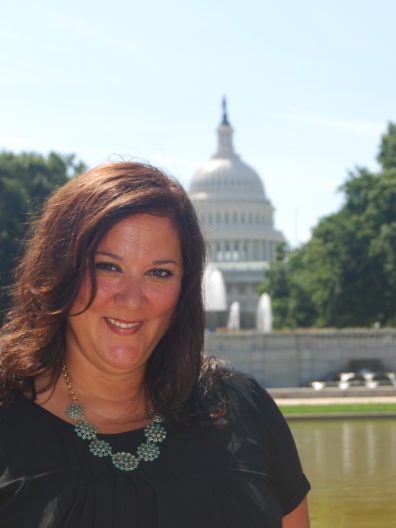 Glynda Becker was appointed the Director of Washington State University Office of Federal Relations in 2012 and is based in Washington, D.C. WSU’s Federal Relations Office serves as liaison between WSU and members of Congress, their staffs, and executive branch agencies. The team promotes WSU research, education and outreach activities to demonstrate institutional alignment with key issues important to the delegation and administration, and to build awareness of WSU in Washington, D.C. Glynda develops effective stakeholder relationships to identify areas of confluence between public purposes, innovation, and the university’s research and academic capacity. Similar to our State Relations team, WSU Federal Relations works with lawmakers whose decisions are critical to higher education and research and represent constituents who work, learn and benefit from the University’s presence and partnerships; or count themselves among its alumni.

Glynda has diverse experience in policy work serving multiple clients based in the Pacific Northwest. Prior to joining WSU, Glynda worked at McBee Strategic, a consulting firm based in D.C., for six years where she offered policy and strategic communications counsel. Glynda began her career in Washington, D.C., working in the House of Representatives where she served three members over a span of more than seven years. She served as  Legislative Director for former Minnesota Congressman Mark R. Kennedy (R-MN6) and on was on the staff for former Congressmen George Nethercutt (R-WA5) and Rick White (R-WA1). Prior to her time with McBee Strategic, Glynda served as staff in the President George W. Bush Administration in several capacities including the Department of Commerce, and various roles in the White House, working on issues important to the state of Washington.

Catalina “Cat” Amortegui is the Policy and Affairs Coordinator in Washington State University’s Office of State Relations and is based in Olympia, Washington. The Policy and Affairs Coordinator serves as a liaison between WSU and the office of Washington’s legislative delegation and staff to promote WSU research, education and outreach activities. Cat has a strong connection to WSU. She started her degree program at WSU Tri-Cities before moving to Pullman. Cat graduated with a bachelor’s degree in political science with a global studies focus in 2016 while working within WSU central IT, and since achieving alumna status, she has worked for Office of Research in the proposal submission and processing office. Cat was born in Colombia and with her family moved as political refugees first to Costa Rica in 2001, and then to Richland in 2004. 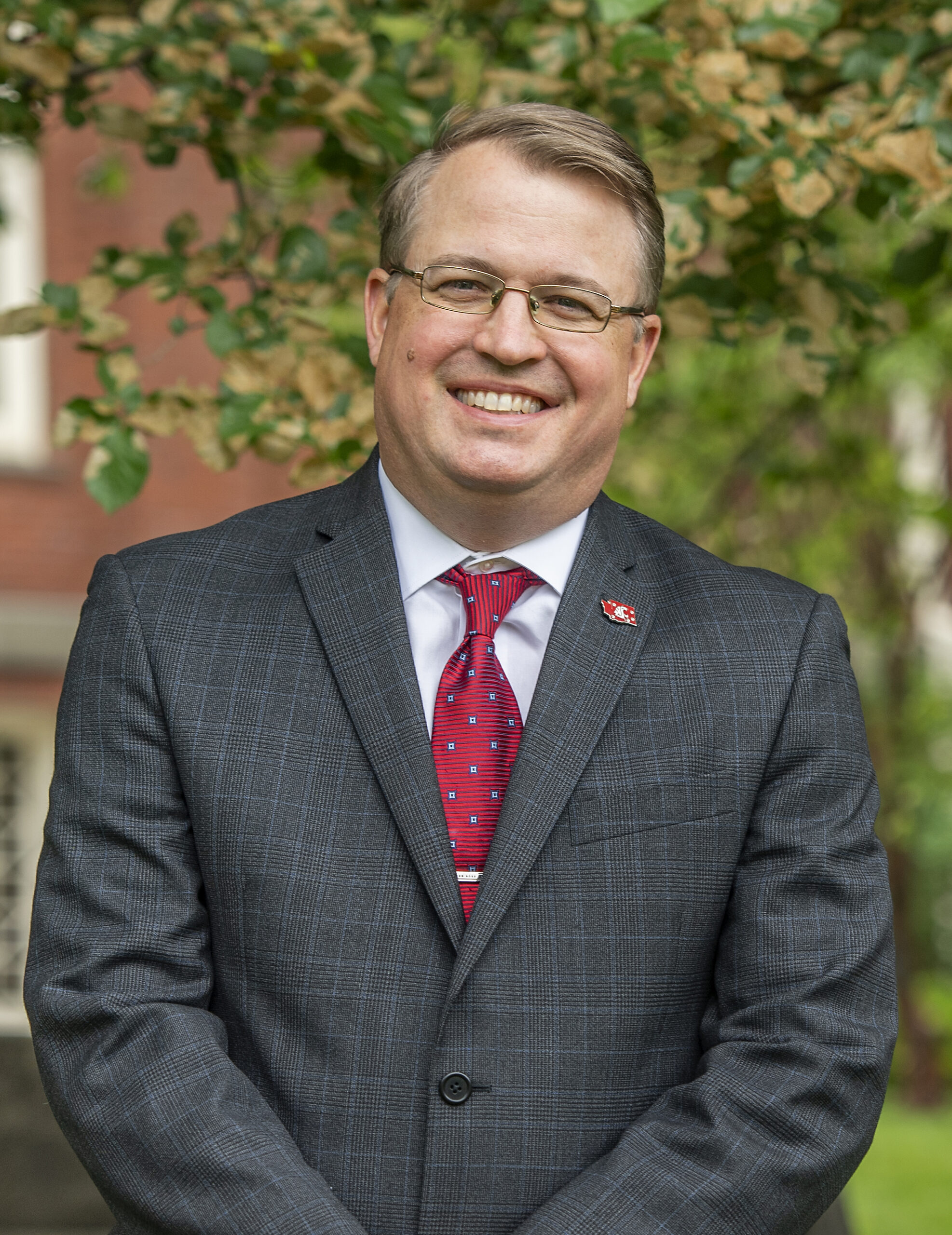 Chris was appointed the Director of Washington State University Office of State Relations and chief representative of Washington’s land grant institution to the Legislature in December 2010. The State Relations team he leads promotes the mission of the university and closely monitors relevant state-related legislative activity. The team, along with university leaders, engages the state’s elected leadership to advance understanding of how WSU’s core mission aligns with state priorities to produce the kind of well rounded, informed citizens that make communities strong and resilient, while providing for economic development, a well-prepared work force, and increasing economic and social well-being. The State Relations team also works to secure the resources needed to operate a top-tier research institution like WSU while fostering positive relationships and advancing effective partnerships to support the University’s core teaching, research and service mission. Chris and his team work collaboratively with community partners, policy makers, and the university to create and share knowledge that support the state of Washington and improve the lives of citizens. 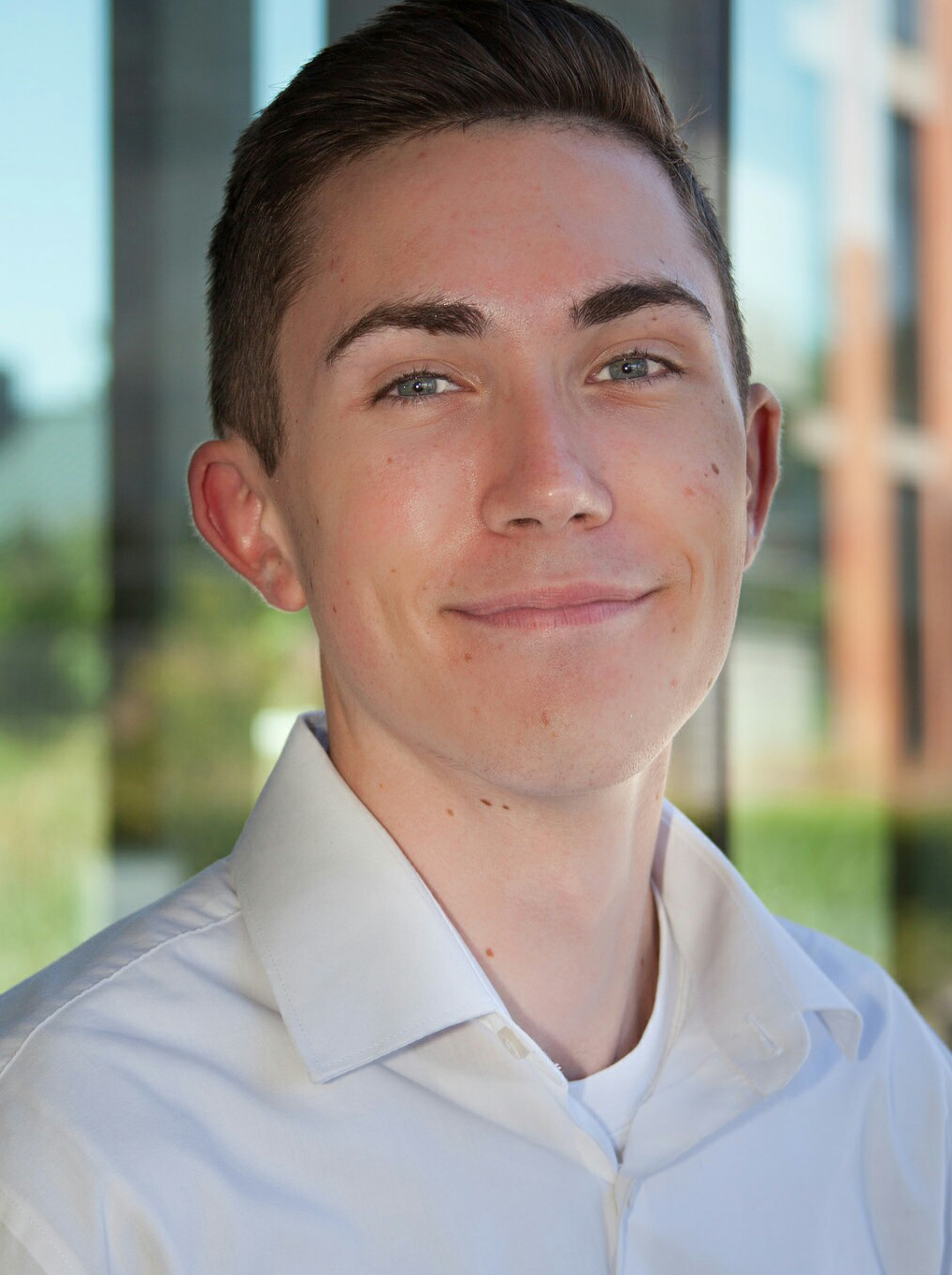 Connor Haggerty is the Policy and Affairs Coordinator in the Washington State University Office of State Relations, located in Olympia, Washington. His duties include researching policy issues affecting the university, serving as a liaison with legislative offices and organizing activities and events on behalf of the office and higher education partners.

Prior to joining the State Relations team, Connor was legislative staff in the Washington State House of Representatives for a year-and-a-half. Before working for the House, Connor was the student lobbyist for Washington State University Vancouver, representing the interests of students in the State Legislature while earning his bachelor’s degree in Public Affairs (’17). 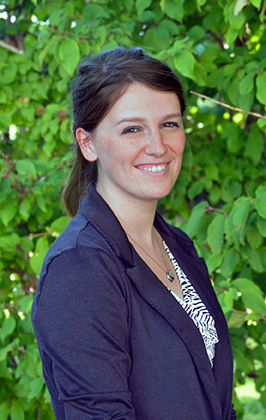 Heather Dykstra is the Administrative Assistant to the Washington State University Office of State Relations. She was hired on in 2014 to work directly with the State Relations team in managing schedules, coordinating travel, monitoring bills and committee hearings, updating the State Relations segment of Newsbeat, and performing general office duties.

Prior to her work in State Relations, Heather spent several years working as a Clerical Assistant in the Writing Assessment Office at Washington State University Vancouver.

Heather is also a graduate from Washington State University Vancouver, earning her bachelor’s degree in English (’09). 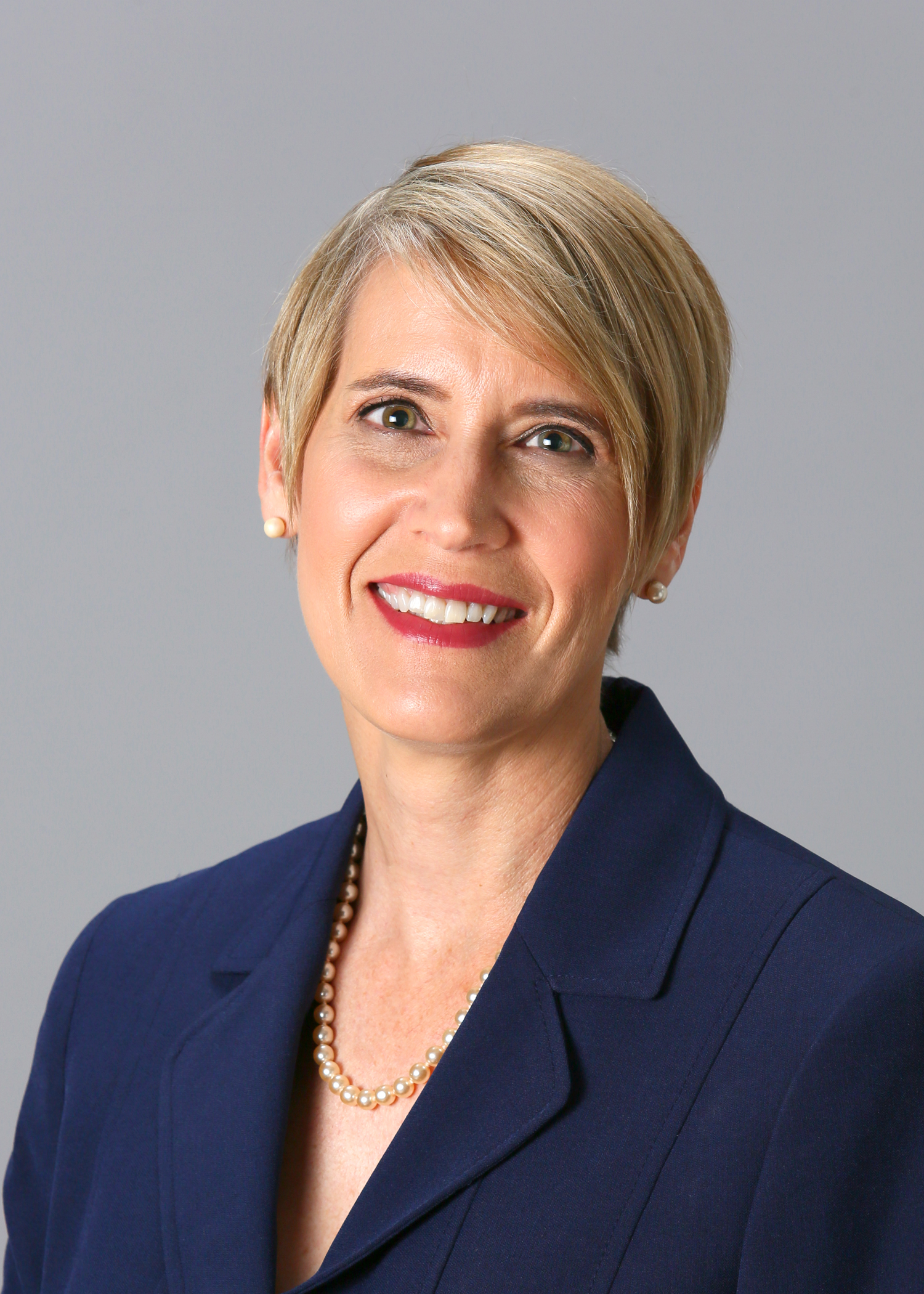 Patti A. Stauffer joined Washington State University in May 2021 as the Director for Health Sciences Public Policy and Advocacy.

She has more than 25 years of administrative and public policy experience with non-profit organizations and academic institutions working to improve health outcomes, with an emphasis on women and children. Her career has been dedicated to expanding access to health care, promoting community-based health professional education opportunities, advocating for data driven policy solutions, and supporting research focused on health disparities and the social determinants of health.
Patti grew up in a rural community in Iowa and has historical family ties to the greater Coeur d’ Alene / Spokane area. Prior to coming to Washington State University, she served in public policy roles in Kentucky and Indiana and was the associate director for Florida International University Herbert Wertheim College of Medicine’s Division of Research, Data, and Information.
Stauffer has a B.S. in biology and a M.S. in environmental science from Indiana University. 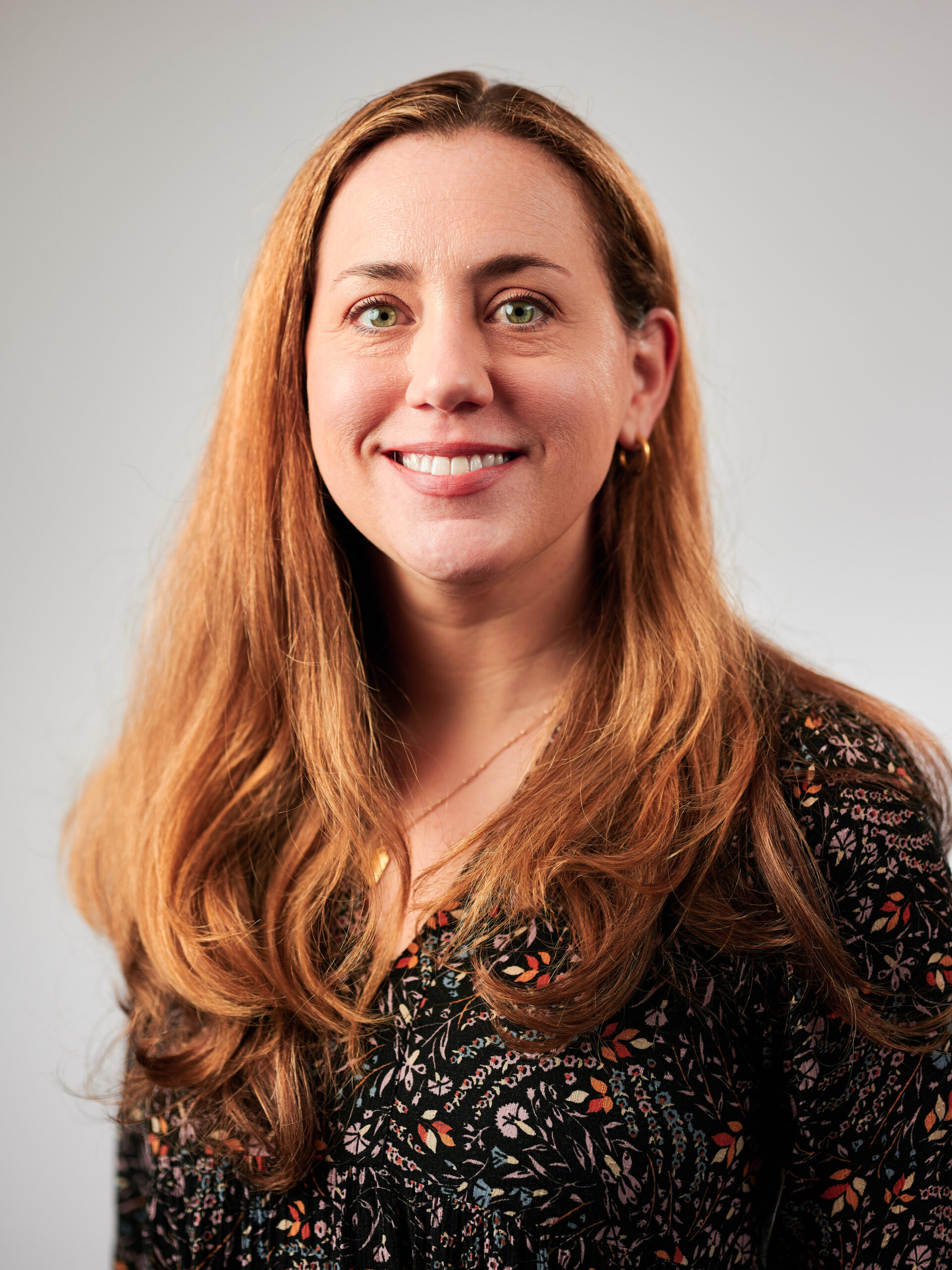 Dana Ulrich is the Director of Seattle and Regional Relations at Washington State University (WSU) in the Office of External Affairs and Government Relations. In this role she serves to connect the University to a variety of constituencies in the Puget Sound region, including local governments, businesses, civic and trade associations, and international organizations by sharing information and seeking opportunities to bring the University’s resources to bear on regional issues.

Joining WSU in 2016, Dana formerly served as the Director of Corporate Engagement from 2016 thru July 2022. Dana also a co-led diversity and inclusion efforts for the WSU Foundation as a member of the organization’s grassroots DEI advocacy group.

Additionally, Dana is a member of NACRO (2015-present), a network of higher education corporate relations professionals focusing on industry best practices and currently serves as the NACRO Board co-President. 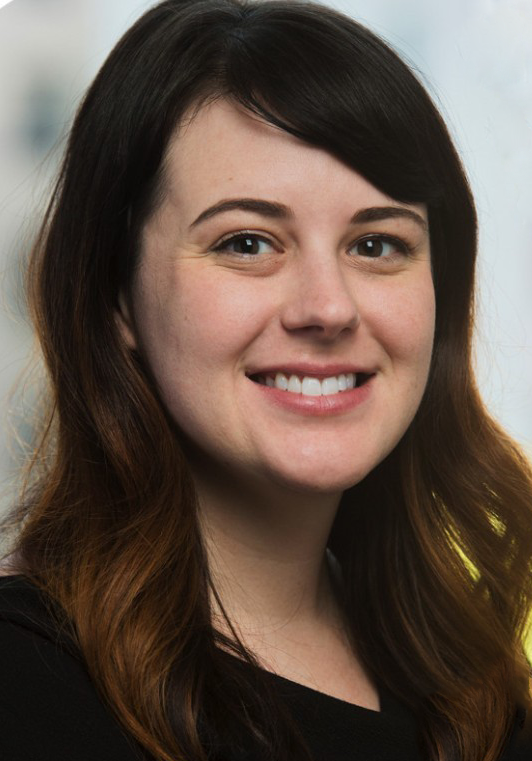 Prior to joining WSU, she served as senior communications manager for justice policy at the Urban Institute, where she worked with researchers and communications staff to raise the visibility of research and in-depth analyses and engage critical audiences to improve justice policy and practice at the national, state, and local levels.

She previously held strategic communications positions at the Seattle Metropolitan Chamber of Commerce and in both federal and local government offices, serving as digital content manager for the Mayor of Seattle and deputy press secretary for U.S. Senator Patty Murray.

Katie holds a bachelor’s degree in communication with a concentration in journalism from George Mason University’s Honors College.