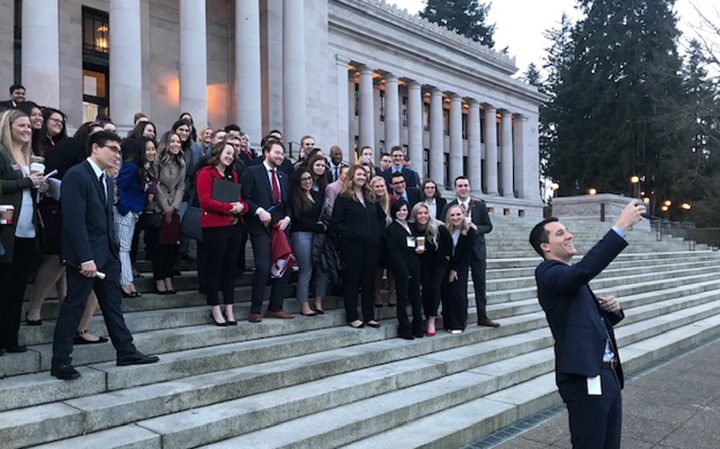 This week over a 100 WSU students from every campus (including the Global Campus!) swarmed Olympia to participate in Coug Day at the Capitol as part of their annual day of legislative advocacy. The event, which is organized by the Associated Students of Washington State University, allows students from all campuses an opportunity to meet with Washington state legislators to discuss higher education priorities.

On Sunday students heard from ASWSU Alumnus Hayley Hohman, a former student lobbyist. Monday morning began addresses from Rep. Jared Mead and WSU Director of State Relations Chris Mulick on the Capitol steps. They then split into groups before embarking to meet with lawmakers about their legislative agenda. That agenda includes:

The day was also highlighted by the raising of the WSU flag in the flag circle on the Capitol campus. The flag-raising was a reward for WSU students’ winning Gov. Inslee’s Student Voter Registration Challenge over student bodies from the state’s other public four-year institutions.