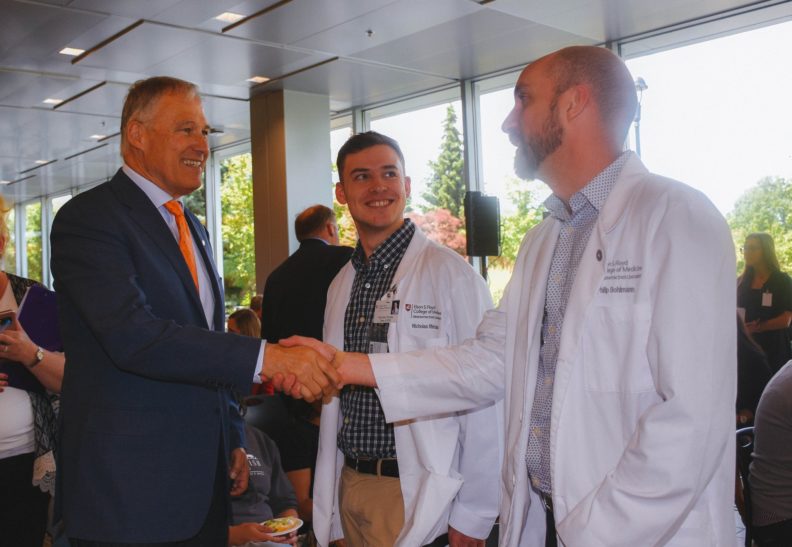 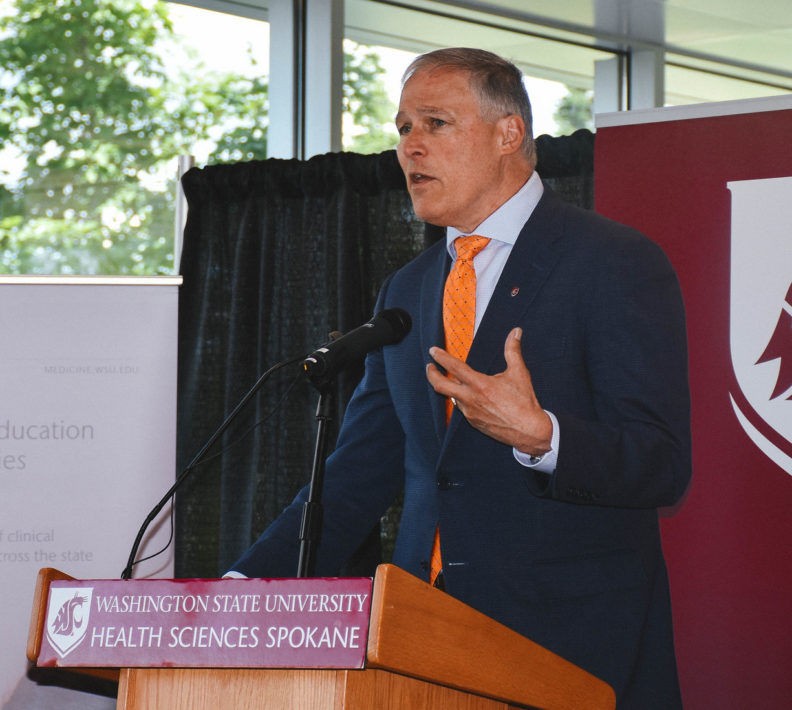 The expansion was WSU’s top legislative priority during the 2019 Legislative Session and was fully funded in this year’s budget along with completed funding for third- and fourth-year instruction for the existing cohort of 60 students.

Governor Inslee greeted medical students before giving a speech on the importance of the WSU School of Medicine and its value for the State of Washington. “This is an investment worth making,” Gov. Inslee said. The event included presentations from students who revealed the impact this program has already had on their lives – including one student who used her knowledge from the program to aid a stabbing victim. 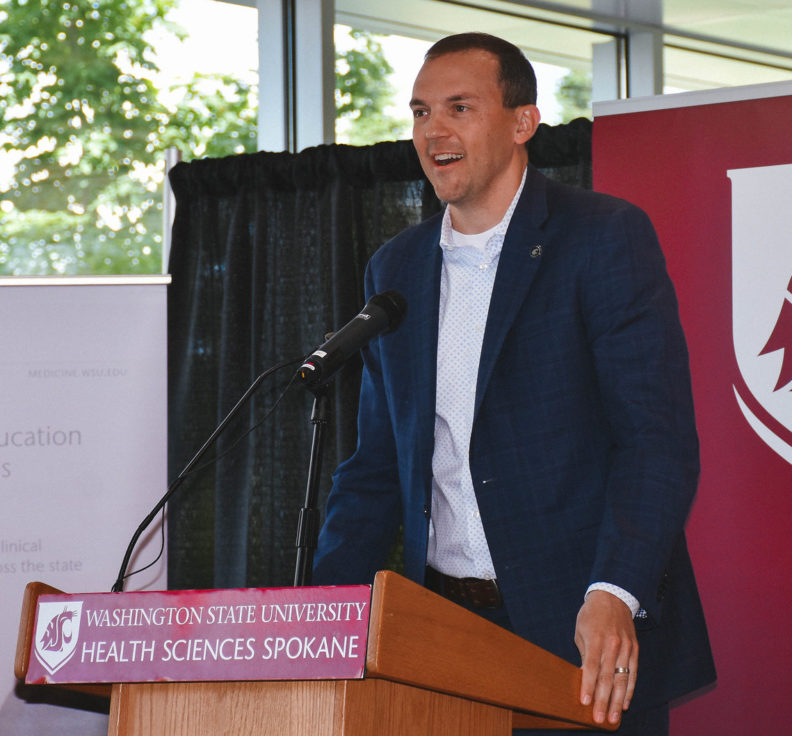 University Leadership also spoke on what makes the WSU Medical School so significant, including Dean John Tomkowiak who noted “our college of medicine is all about community.”

The event was also attended by legislative members of the third district — Rep. Timm Ormsby, Sen. Andy Billig and Rep. Marcus Riccelli — who each spoke on behalf of the local and statewide impact of the medical school and the push to get the expansion approved in the legislature this year. “This has never just been about Spokane,” said Rep. Riccelli. “This has been about the whole state.”

For their support in the continued development of the Elson S. Floyd College of Medicine, the Governor and legislators were each announced as Adopted Cougs. 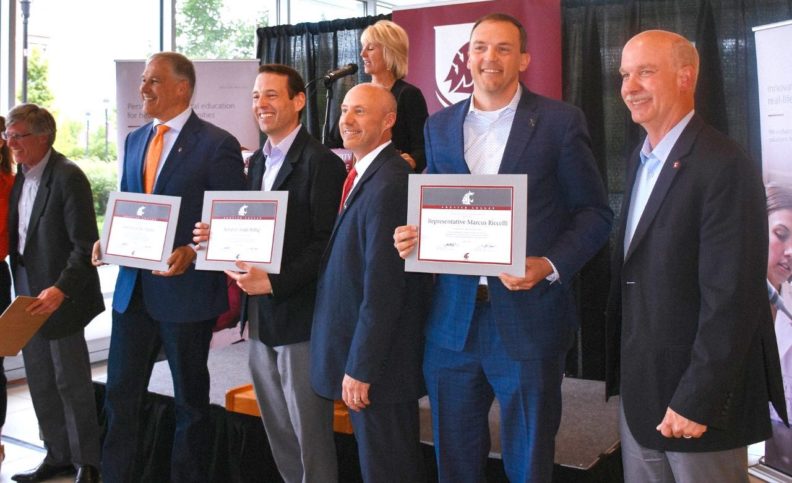